More than 50 laureates of the Right Livelihood Award have called for the presidential pardon of their fellow laureate Edward Snowden, honored in 2014 for his courage and skill in revealing the unprecedented surveillance programs that violate basic democratic processes and constitutional rights.

Established in Sweden in 1980, the Right Livelihood Award is widely known as the “Alternative Nobel Prize.” The purpose of the award is to honor and support courageous people and organizations offering visionary and exemplary solutions to the root causes of global problems.

Surveillance programs “are instituted behind closed doors without our awareness and without our consent,” Ed continued, urging others to ask, “Are these reasonable? Are they necessary? And are they proportionate to the threat that we face?”

Among the Right Livelihood laureates calling on President Obama to pardon Ed are Inge Genefke M.D, who was honored in 1988 for her work on behalf of torture victims; Bill McKibben, honored in 2014 for his ceaseless activism on climate change; Angie Zelter, who received the award in 2001 for her work to oppose nuclear proliferation; and 2006 laureate Dr. Daniel Ellsberg, the former U.S. military analyst who leaked the Pentagon Papers in 1971.

“He has served the public interest,” Ellsberg said of Ed. In light of the disclosures, “I believe he deserves nothing other than acclamation for having fulfilled his oath to support and defend the Constitution,” Ellsberg added. 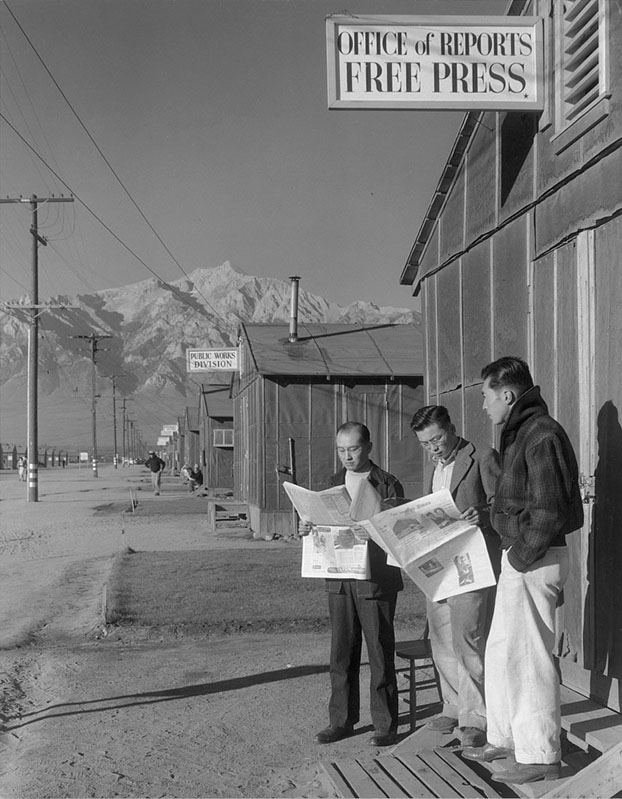 As my colleague Noa Yachot points out, Ed’s 2013 warning about America’s sprawling global surveillance architecture now feels similarly and uncomfortably prescient. U.S. President-elect Donald Trump has publicly stated his support for forcing technology companies to undermine the security of their products, “closing up” unspecified “areas” of the internet, and increasing surveillance of Muslim Americans and other “people that have to be tracked,” according to reports. And just yesterday, prominent Trump supporter Carl Higbie cited the unconscionable internment of Japanese Americans during WWII as “precedent” for the treatment of American Muslims. As Justice Robert H. Jackson wrote in dissent in the case upholding internment, the principle “lies about like a loaded weapon ready for the hand of any authority that can bring forward a plausible claim of an urgent need.”

Left unchecked, surveillance has the capacity to enable and magnify all manner of human rights abuses. Ed warned us of this. He deserves awards, not prison.

It is time to bring Ed home.

The laureates calling for Ed’s pardon are: